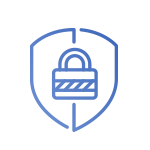 What is DDoS mitigation

DDoS mitigation is a set of techniques or tools for resisting or mitigating the impact of distributed denial-of-service (DDoS) attacks on networks attached to the Internet by protecting the target and relay networks. DDoS attacks are a constant threat to businesses and organizations by threatening service performance or to shut down a website entirely, even for a short time.

The first thing to do in DDoS mitigation is to identify normal conditions for network traffic by defining “traffic patterns”, which is necessary for threat detection and alerting. DDoS mitigation also requires identifying incoming traffic to separate human traffic from human-like bots and hijacked web browsers. The process is done by comparing signatures and examining different attributes of the traffic, including IP addresses, cookie variations, HTTP headers, and JavaScript footprints.

After the detection is made, the next process is filtering. Filtering can be done through anti-DDoS technology like connection tracking, IP reputation lists, deep packet inspection, blacklisting/whitelisting, or rate limiting.

One technique is to pass network traffic addressed to a potential target network through high-capacity networks with “traffic scrubbing” filters.

What we can offer:

Whit Balkan Internet Exchange mitigation service in place, organizations no longer need to be concerned with the possibility of network disruptions and can maintain excellent user response time even when under attack.

We can offer to our customers dedicated hardware that has the most accurate attack detection and prevention without blocking legitimate user’s traffic. We can maintain business continuity of operation even under network attacks, also centralized attack management, monitoring and reporting.

You can find out more about which cookies we are using or switch them off in settings.

This website uses cookies so that we can provide you with the best user experience possible. Cookie information is stored in your browser and performs functions such as recognising you when you return to our website and helping our team to understand which sections of the website you find most interesting and useful.

Strictly Necessary Cookie should be enabled at all times so that we can save your preferences for cookie settings.

If you disable this cookie, we will not be able to save your preferences. This means that every time you visit this website you will need to enable or disable cookies again.

This website uses Google Analytics to collect anonymous information such as the number of visitors to the site, and the most popular pages.

Please enable Strictly Necessary Cookies first so that we can save your preferences!

Please enable Strictly Necessary Cookies first so that we can save your preferences!